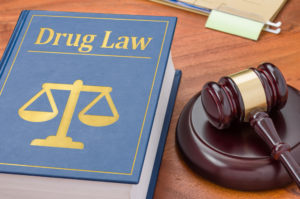 Minnesota has five different severity degrees of drug crimes with first degree the most serious and fifth degree the least. Anyone convicted of a Minnesota drug crime faces significant criminal punishment. A fourth-degree controlled substance charge in Minnesota is a felony that carries stiff criminal penalties including incarceration and fines. You could also be required to attend court-ordered rehabilitation, probation, or community service, and you may even have any cash and/or possessions used or obtained during the commission of the crime seized and forfeited.

Regardless of the level, penalties for all Minnesota drug charges are steep. Because of the complexity in Minnesota drug laws, an experienced and knowledgeable Minnesota drug crime attorney can help you navigate these complicated waters and obtain the best possible outcome.

From a legal perspective, the definition of “sell” encompasses more than the common definition. Pursuant to Minnesota law, to “sell” a controlled substance means:

There are several situations in which you could face a fourth-degree sale of controlled substance charge in Minnesota. These include:

As fourth-degree sale of a controlled substance is a felony, if you are convicted, you could face up to 15 years in prison and/or a fine of up to $100,000 in addition to the aforementioned court-ordered sanctions.

What is Fourth-Degree Possession of Drugs in Minnesota?

To be convicted of fourth-degree drug possession, the prosecutor must prove that you consciously possessed the drugs in question—either physically or constructively—and had actual knowledge or belief that the item was, in fact, an illegal drug or otherwise prohibited substance. It is not necessary that you know what the substance is, just that it is illegal.

You could face fourth-degree possession charges in Minnesota if you unlawfully possess ten (10) doses of hallucinogen or any amount of a Schedule I, II, or III controlled substance—except marijuana or tetrahydrocannabinols (THC) with the intent to sell.

Penalties for a Minnesota fourth-degree drug conviction include as many as 15 years in prison and/or a fine of up to $100,000.