The Link Between Alcohol Abuse and Depression

The Link Between Alcohol Abuse and Depression 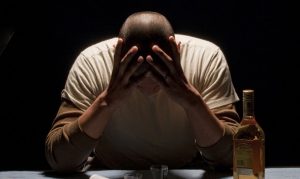 There is a strong connection between alcohol abuse and depression. Alcohol abuse can exacerbate many mental illnesses. Depression is a serious mental illness that overwhelms one with feelings of hopelessness and poor self-worth. It is a prevalent mental health concern throughout the nation that millions of people suffer from annually. Depression can influence the way people think and act. Depression has a harsh impact that can prey on one’s emotions and tends to intervene in one’s everyday life, including their relationships, responsibilities, and career obligations.

Alcohol as a Coping Mechanism

While there are many ways to tackle depression, some use alcohol to suppress the unwanted feelings brought about by depression. Depression can cause isolation, irritability, anxiety, and insomnia. Alcohol can change our mood and boost our current mental state. It becomes a coping mechanism to temporarily numb the overwhelming feelings of sadness and drinking becomes a way to escape reality, leading to alcohol abuse and dependency.

How Alcohol Abuse Affects the Brain

Studies have shown that people who suffer from depression are at an increased risk of abusing alcohol. Alcohol abuse can have a significant impact on one’s physical and emotional well-being. Heavy drinking can alter the brain’s chemistry and neurotransmitters. According to an article published by Alcohol Rehab Guide, “[c]hemicals such as serotonin and dopamine will fluctuate rapidly with alcohol consumption. Serotonin aids in balancing an individual’s mood, on the other hand, dopamine controls the brain’s reward system.” It is a way to self-medicate but can lead to devastating health issues and poor choices such as drinking and driving.

Heavy drinking can lower inhibitions and severely impair a person’s judgment. A DWI refers to while DWI refers to driving while intoxicated, and it is one of the most commonly committed crimes. A person charged with a DWI is not automatically deemed a bad person; it is the result of a poor decision. That poor decision could stem from depression and alcohol abuse.

At times, a DWI charge can make a person feel even more depressed and experience worsening symptoms of their depression. A DWI conviction can have a jarring impact on your life in many ways. It can limit employment opportunities, damage relationships, impose financial difficulties, loss of insurance or high rates, and possible jail time.

In Minnesota, there are four degrees of DWI offenses. The first degree is the most serious being classified as a felony offense. A fourth-degree DWI is a less severe offense being classified as a misdemeanor. There are also some other “aggravating factors” that could determine the degree of the crime.

Treatment for Depression and Alcoholism

There is no shame in seeking treatment for depression and alcoholism. Even the most severe forms can be treated, and the earlier a person seeks help, the sooner they can feel better and live a better life. Since the link between depression and alcohol abuse is so strong, it is vital to find a rehab center that specializes in both alcoholism and depression. The programs are incredibly beneficial and work with people to rebuild their lives and provide treatment after the initial treatment to ensure sobriety.

Medicine is a form of treatment that can curve alcohol withdraws and control impulses to drink. Antidepressants can also be prescribed to stabilize one’s mood and combat other symptoms of depression.

Cognitive-behavioral therapy is a type of psychotherapy. It works by teaching people how to cope with negative thoughts and replace those thoughts with positive feelings. Specifically, cognitive-behavioral therapy helps people discover triggers and shows them ways to overcome their urge to drink. Group therapy encourages others who are going through something similar to meet and discuss the challenges of recovery and help one another to reach their personal goals.