What Are Miranda Rights in Minnesota?

If you’ve ever seen a film or television show in which a police officer arrested someone, you probably heard them tell the suspect “you have the right to remain silent.” Why must law enforcement officials do this? Read More...

What Are Field Sobriety Tests

The average American driver has a 1% chance of getting pulled over by a police officer in a given year. A law enforcement official can pull you over for many different reasons, but they cannot detain you without probable cause. Read More...

Can a DWI Prevent You From Buying a Gun in Minnesota?

Statistics from 2018 indicated that over 36% of Minnesotans owned at least one firearm. As you’ll know if you’ve ever bought a gun from a licensed seller, federal law requires purchasers to undergo a background check to ensure they are legally permitted to buy a weapon. Read More...

How Has Incarceration Changed in Minnesota During COVID-19?

Statistics published in March 2020 tell us America’s prison population sat at around 2.3 million just before the pandemic. COVID-19 presented significant challenges in terms of prisons, particularly with regard to offenders who were charged and processed after it began, as well as those inmates with underlying health conditions.  Read More...

Can You Use Your Cell Phone While Driving in Minnesota?

Lawmakers across the country have begun to crack down on cell phone use while driving in recent years. In 2019, Minnesota became the 17th American state to introduce hands-free cell phone legislation.

So, does that mean all cell phone use in cars is now against the law? Not quite. While the rules in this area are strict, there are certain circumstances under which you may legally use your device on the road.

In order to stay safe on the roads and remain compliant with the law, it’s important to be aware of the relevant provisions.

What You’re Not Allowed to Do Read More... 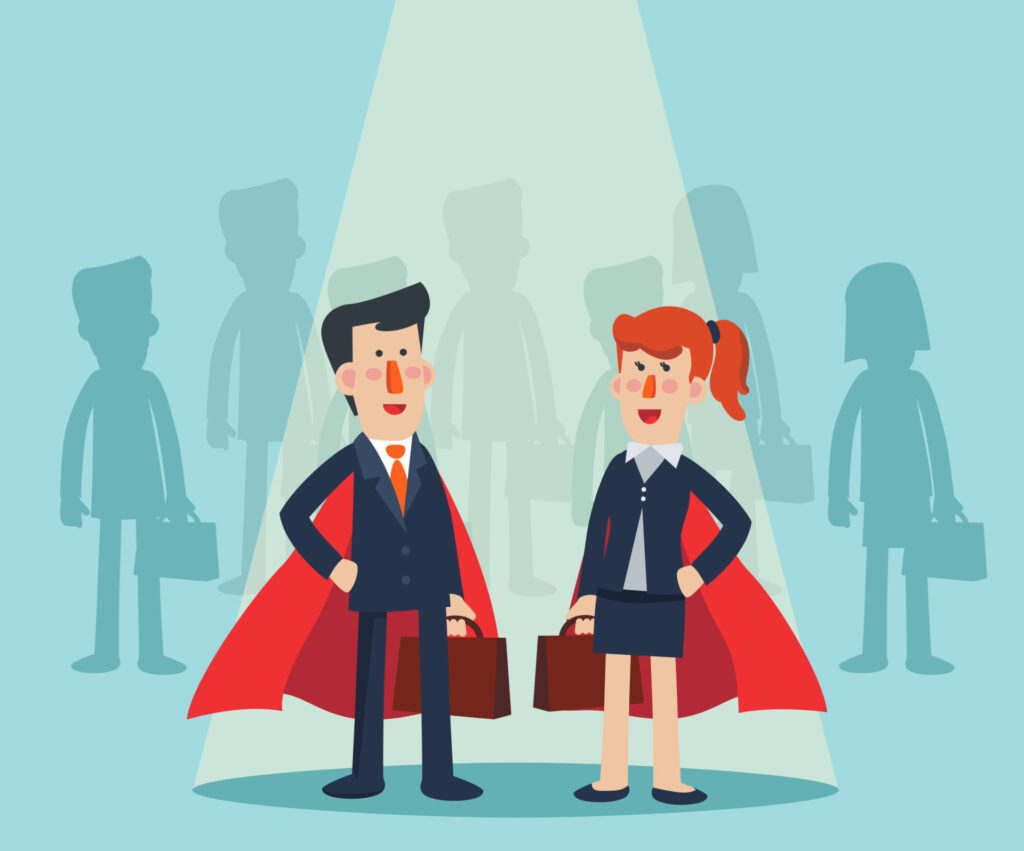 FBI statistics estimate that just over one million people were arrested for DUI offenses in the United States in 2019. On the basis of this figure, the average driver has close to a 1 in 200 chance of being arrested for drunk or drugged driving in a given year.

There is a diverse range of possible outcomes after a DUI arrest. Hiring a DUI attorney with the right skillset is the best way to maximize your chances of securing a favorable result.

The ten tips below cover everything you need to know to hire the best DUI attorney for your case.

Should You Go to Trial After a DWI Charge? 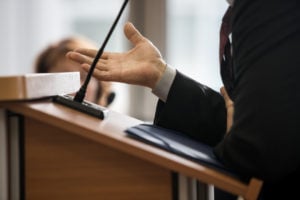 Plea bargaining has become more and more central to criminal law in America, at both the federal and state levels. 94% of criminal convictions by state courts come from plea deals; at the federal level, that number is 97%.

This is as true of drunk driving offenses as other crimes. There are several reasons why those charged with driving under the influence never face a jury or court trial. First, some people simply wish to avoid the hassle and inconvenience that comes with a DWI trial. Others feel there’s nothing to be gained from going to trial, especially if a favorable resolution has been reached through the pretrial negotiation process.

These sentiments are understandable, but they don’t always lead to good decision-making by defendants. Many Minnesota DWI charges have legal issues that could lead to acquittals, if presented to a jury. Each case is different; the only way to see whether yours is worth bringing to trial is by seeking legal advice.

Advantages of Undergoing a DWI Trial

The primary advantage of taking a DWI to trial is the possibility of securing an acquittal. Unless a judge decides to dismiss your case on a pretrial motion, this is generally the only way you’ll escape a DWI charge without any blemish on your record.

Avoiding a criminal record is a good idea for a number of reasons. Many employers conduct background checks on prospective hires nowadays; a conviction on your record may disqualify you from jobs. While Minnesota’s “ban the box” legislation prohibits employers from asking about criminal history on initial application forms, there’s nothing stopping them from doing so later in your application process. Landlords and financial institutions can also undertake these checks.

While it’s possible to have a DWI expunged from your record, it’s obviously preferable not to get convicted in the first place.

Through the pretrial process, it is still possible to resolve your matter without a DWI conviction. With effective legal representation, you may be able to negotiate your way from a DWI/DUI conviction through different proposals offered by the prosecution such as reduced offenses or other avenues that result in a non-conviction for DWI. It is important to remember, to receive such an outcome, having the assistance of an experienced attorney that focuses on drunk driving representation is crucial.

Obviously, defendants who accept DWI plea bargains usually emerge with better outcomes than those who choose go to trial and eventually are found guilty of DUI, even if they don’t have their charges downgraded. It’s fair to assume they’re less likely to end up in jail and more than likely pay lower fines. There are also the intangibles. Many individuals simply want to avoid the stress that a jury trial may bring, especially if they can reach a favorable outcome prior to trial that may avoid a DWI conviction.

What Should You Do?

Generally, many prosecutors are inclined to want to try to resolve matters without the necessity of a trial when it comes to DWI related charges. However, it is still imperative that your defense is presented in a persuasive way even during the negotiation process. For instance, if your case looks winnable, your attorney can often negotiate a more favorable outcome since the prosecution might feel they are facing a possible acquittal, if the case is tried. Again, the decision to ultimately go to trial will need to be weighed between you and your attorney with you making the best decision for yourself, in light of all the facts.

In summary, If you find yourself facing DWI related charges, we can help you decide which course of action is best in your situation.

There are dozens, if not hundreds, of police reports filed in Minnesota each day. These vary in nature on the basis of the matter in question, as well as on the officer writing the report.

If you’ve been arrested for a DWI offense, your first instinct might not be to think about the police report that was filed on the incident. However, this document could end up being crucial to the outcome of your case.

A Minnesota DWI police report will cover the technical details of what happened, as well as the perceptions of the officer (or officers) present. If there are inconsistencies, they could have the potential to derail the prosecutor’s case. That’s why careful analysis of the police report is often the first step for lawyers defending a DWI charge.

What’s in a DWI Police Report?

A police report details events that lead to charges from the point of view of the arresting officer. DWI police reports must usually contain all of the following:

How Police Reports Relate to Your Minnesota DWI Case

Generally speaking, police reports are not treated as evidence; the court will not look at them when deciding whether to convict a defendant of a DWI infringement. They do, however, give defense attorneys a good idea of what an arresting officer is likely to say during testimony. They also indicate the evidence that will be introduced at trial. Police reports therefore often guide the formation of a defense lawyer’s argument.

DWI police reports contain certain details which are objectively verifiable, such as the speed at which they recorded you traveling or the results of your breathalyzer test. However, they also require officers to exercise their judgment when reporting on some aspects of the incident. For example, descriptive language is often required when officers are recounting the reason for the initial stop. If an attorney can show that the officer is exaggerating when making this description, this will damage the prosecution’s case.

Also, if there was more than one officer at the scene of the arrest, each will have to provide a separate recounting of events. If there are significant differences between each account of the offense, this will make a court less likely to rely on the police testimony as a whole.

There are some issues that arise frequently in relation to DWI police reports which can work in favor of a defendant. These include:

What is the Legal Blood Alcohol Concentration (BAC) Limit in Minnesota? 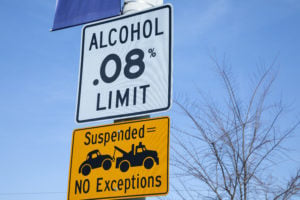 Statistics report that almost 28,000 drivers were arrested for DWI offenses in Minnesota in 2019. That figure reflects a 4% increase from 2018.

A significant percentage of the drivers who made up that number will undoubtedly have been surprised at their breathalyzer result. Many of those who are convicted of drunk driving offenses are just marginally over the relevant limit.

The best way to stay compliant with the law here is to know how much alcohol you’re allowed to have in your system. This is known as the blood alcohol concentration (BAC) limit. You should also know what that means for you as an individual; different people process alcohol at different speeds.

How Much Is Too Much?

For alcohol-related DWI charges, the state of Minnesota sets out a basic legal maximum of below 0.08% blood alcohol concentration. This means that, if your blood is at or more than 8 parts alcohol per 1000 parts blood, it is an offense for you to operate a motor vehicle.

However, it’s not quite as simple as that. You can be charged with a DWI with a lower blood alcohol concentration than 0.08% if you exhibit other signs of intoxication. That limit is just the point at which no other evidence is required.

Is Marijuana Legal in Minnesota? 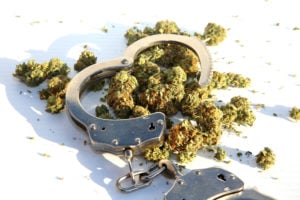 Despite its designation as a Schedule 1 Controlled Substance by the federal government, the regulated market for marijuana continues to grow across the United States. Statistics from 2019 estimate the value of the legal cannabis market at $13.6 billion.

As more and more state policymakers come around to the idea of legalization, the regulated marijuana market will keep expanding. However, until it takes hold everywhere, the creep toward full regulation will leave many legal grey areas in its wake.

Our state is no different. While efforts are underway to make marijuana legal in Minnesota, possession of the drug is still an offense in many situations.

This post looks at marijuana laws in Minnesota, and explains what you have to do to stay out of trouble.

Is Medical Marijuana Legal in Minnesota?

Minnesota has allowed the use of marijuana products for medical reasons since 2014. However, there are limits to this. Firstly, you need to have a prescription for an approved condition, and you must source your cannabis products from a licensed dispensary.

Whole-plant marijuana is still prohibited. While cannabis-infused oils, pills, topicals, and other treatments are permitted for those with appropriate prescriptions, you cannot legally purchase or possess marijuana in its natural form. A bill to legalize whole-plant marijuana for medical use was struck down by the Minnesota State Senate in May of this year.

Another important factor to consider here is the possibility of a drugged driving charge. Even if you have a prescription for medical marijuana, you can still get in trouble with police if they find you operating a vehicle under the influence of it. It’s also forbidden to possess or be under the influence of cannabis products while on the grounds of a correctional facility or school.

Furthermore, patients should never be in possession of more than a 30-day supply of medical cannabis products.

Is Recreational Marijuana Legal in Minnesota?