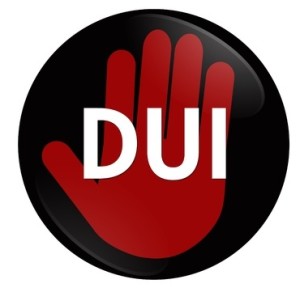 PinThe 2015 legislative session is in business, and the Minnesota DWI task force is asking lawmakers to consider an extensive list of measures, all primarily aimed at reducing the number of drunk driving incidents in the state. The task force is comprised of a group of 29 law enforcement officials, defense attorneys, prosecutors, private citizens, and other advocates of safe driving.

Under current state law, local authorities may seize or impound the license plates of repeat DWI offenders or first-time DWI offenders with a BAC of .16 or more.

Among the proposed laws include the seizure of license plates of DWI offenders immediately in all drunk driving cases – including for first time offenders, at the scene of the DWI stop. Even if a driver ends up testing below the legal alcohol limit, simply being arrested for DWI will result in a permanent sticker being placed on the offender’s license plate. Drivers will also need to obtain whiskey plates to replace their impounded plates.

The task force is also requesting for the lowering of the required blood alcohol concentration to be able to impose harsher criminal penalties from .20 to.16, double the legal limit for driving. These penalties include increased jail penalties and maximum sentences.

The task force, however, is not recommending that the legal limit of .08 be lowered to .05 at the moment. It also refuses to recommend that the state’s DWI Forfeiture Law be repealed.

Another recommendation is for the creation of a new and enhanced level for the DWI crime of driving after revocation, geared specifically towards drivers who are revoked based on a DWI offense. Although the proposal suggests a possibly mandatory minimum jail sentence and higher fines, no specifics have yet been mentioned.

Hopefully, the tougher penalties will encourage more DWI offenders to install ignition interlock devices in their vehicles before returning behind the wheel, and ultimately reduce the possibility that a drunk driver will commit the same offense against.

According to studies, DWI offenders who opt to install IID on their devices are significantly less likely to be arrested for repeat drunk driving offenses as opposed to those who merely opt to have their drivers’ licenses suspended.

The ignition interlock device, which is installed in the dashboard of a vehicle, is a Breathalyzer-type of device that requires a driver to take a breath test before the vehicle can start. The IID is also designed to take random breath samples throughout the day.

Other individuals and groups have expressed concern over some recommendations such as on the proposal to lower the BAC threshold from .20 to .16. Advocates, however, believe that these changes would go a long way towards streamlining Minnesota laws.

As of yet, none of the abovementioned recommendations are law.