So you won your MN DWI license hearing – Now what? ﻿﻿ 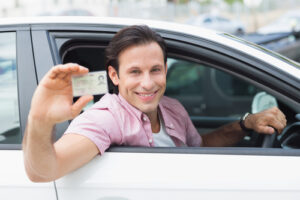 PinIn Minnesota, a driver charged with driving while intoxicated (DWI) not only faces criminal penalties such as potential jail time and fines but also a mandatory license loss. A driver’s license may be suspended after a DWI arrest for failing a chemical test or for refusal to submit to a chemical test. You can request a hearing in the district court for a return of your license if you believe the police made a mistake arresting you. If the judge finds that you are entitled to get your license reinstated in the license case you do not automatically win your criminal case, but it can help. That is why having a competent and experienced DWI lawyer such as Doug Kans fighting for you is crucial for a successful defense.

A driver charged with DWI in Minnesota is subject to immediate license loss and suspension of driving privileges. A police officer who arrests an impaired driver will provide a notice of driver’s license suspension to the driver. The driver then has 30 days to appeal the suspension to the district court in the judicial district that made the arrest. Once the appeal is perfected, then the court must hear the appeal within 60 days to determine if suspension is appropriate under the circumstances. The person appealing the suspension ruling (called the appellant) is entitled to due process, meaning they are entitled to an evidentiary hearing where the state must produce a witness or witnesses to testify as to what happened and your attorney can cross-examine the witnesses. The appellant also has the opportunity to testify and offer evidence that may help their argument.

The Minnesota law authorizing a civil hearing limits the issues that may be argued and guilt or innocence per se is not one of them. According to 169A.53 subd.3(1-10) of the Minnesota Statutes, The issues are limited to the folowing:

Even if you win your civil hearing based upon one of the foregoing issues, you do not automatically win your criminal trial. The statute, in Section 169.53A(3)(g), expressly states that any ruling made in the civil hearing does not have any effect in the criminal prosecution. Additionally, the Minnesota appeals courts have also indicated that winning a civil hearing does not automatically affect your criminal trial. In State v. Lemmer, the Supreme Court of Minnesota stated that 169.53A(3)(g) is constitutional after Ronald Lemmer argued that a favorable ruling in the civil hearing must be applied to the criminal case. Also, in State v. Miller, the Minnesota Appeals Court ruled that even after a guilty plea on the criminal case, the sentencing judge has no authority to undo the guilty plea if the person then wins the civil hearing after the plea. The Appeals Court did rule, however, in that type of situation, the person can ask the judge to vacate the guilty plea.

Experienced DWI Lawyers Will Fight For Your Rights

The knowledgeable and successful DWI attorneys at Kans Law Firm, LLC, know how to fight to get your license reinstated at a civil hearing. As a former prosecutor, Doug Kans has the experience to successfully defend your case. One appointment with Minneapolis’s number one DWI defense attorney will convince you that Doug Kans is the right lawyer for you. Call (952) 635-8314 today.