A Brief History of DUI/DWI Laws 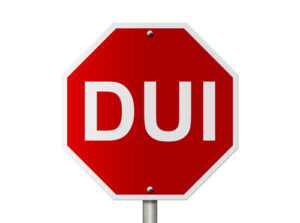 On 10 September 1897, George Smith—a 25-year-old taxi driver from London, England—was the first person in history arrested for drunk driving after a night of drinking that resulted in his driving his cab into a building. Smith pleaded guilty and was fined 25 shillings.

In 1906, New Jersey enacted legislation that criminalized driving while intoxicated and put forth punishment of up to 60 days in jail and/or a fine of up to $500.  Soon thereafter, in 1910, New York enacted the first laws against driving a motor vehicle while under the influence of alcohol. Other states quickly followed suit.

During the 1930s, road safety was an increasing concern, thus leading the American Medical Association (AMA) and the National Safety Council (NSC) to examine how to improve travel on US roads. Task forces created determined that a blood alcohol content (BAC) of .15% was enough to safely assume a driver was, in fact, intoxicated.

In 1941, New York amended its law and set its baseline BAC at .15% or higher within two hours of arrest. This amount remained the baseline for other states for quite some time.

During the 1970s, drunk driving laws started becoming harsher. Among them, raising the drinking age from 18 to 21 and lowering the legal limit from .15% to .10% were most notable.

Today, the legal limit is .08%. Recently, in May, 2013, the National Transportation Safety Board (NTSB) recommended that all states lower the minimum BAC for drunk driving from .08 to .05. Some have.

DUI/DWI legislation went into overdrive and became significantly tougher in 1980 when Candy Lightner founded Mothers Against Drunk Driving (MADD). Lightner was a mother whose 13-year-old daughter Cari was killed by a drunk driver who not only had three prior convictions but who was also out on bail for a hit-and-run accident just two days earlier. MADD was instrumental in increasing DUI/DWI penalties, getting the legal limit lowered to .08%, and for getting zero tolerance laws passed that criminalized driving a vehicle with a .02% BAC for drivers under age 21.

Additionally, the BAC limit for commercial drivers is .04% and is overseen by the Federal Motor Carrier Safety Administration (FMCSA).

All states currently have a per se BAC as the threshold for a DUI/DWI charge. While the federal legal limit is .08%, some states have a lesser charge for lower BACs, such as between .05 and .08%. This measurement serves as a presumption of guilt of driving while intoxicated. Further, each state contains a catch-all provision that covers those situations in which the suspect’s BAC is below .08% but s/he still appears impaired such as is oftentimes the case with driving under the influence of drugs where there is no set BAC level.

All states also have implied consent laws in which all licensed drivers, by virtue of having a license, has given consent for a breath test or other test to determine BAC, and every state criminalizes refusing to submit to a breath test. For more invasive BAC testing—such as via a blood test—police must obtain a search warrant so as not to impinge upon the defendant’s Fourth Amendment protection against unreasonable search and seizure.

Despite increased public awareness and increasingly stiffer penalties, especially for habitual offenders, drunk driving remains a significant problem in the US that has the distinction of being the third worst county in the world for drunk driving behind only South Africa and Canada.