What you need to know before taking a DWI test 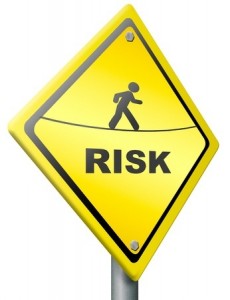 PinAre you aware of all of the consequences you face when deciding to take a chemical test after an arrest for driving while impaired (DWI) in Minnesota? The arrested individual should be aware that the police will not tell you everything you need to know to make an informed decision when asked to submit to a chemical test. The arrested DUI suspect needs to know more than the police are obligated to tell them. Familiarizing yourself with the consequences of taking, or not taking, a chemical test before being thrust into a situation when you need to make that decision may help you make the right choice for you later on. Talk with an experienced Minnesota DWI attorney about your rights

Minnesota law does not require the police to inform the driver of all of the consequences of action or inaction. For instance, the license suspension penalty is worse for refusing the breath test than failing the breath test with a blood alcohol concentration (BAC) less than 0.16%. Another potential consequence for a driver is giving a chemical test while having a BAC at or great than 0.16% BAC. The police will charge a driver with a BAC of 0.16% or above which is an aggravating factor that could enhance the potential criminal penalty the driver faces.  You need an attorney to advise you of all of your rights.

The police are required to allow you to talk to an attorney before you make a decision about taking a chemical test. The police cannot prevent you from contacting an attorney because it is your right. However, you do not have an unlimited amount of time to get in contact with someone.  All the police need to do is give you access to a telephone and give you time to call an attorney. Police officers are not required, although they usually do, provide a telephone book as well. A lawyer may not advise you not to take a chemical test. Such advice may be construed as aiding and abetting a violation of the DWI statute if the advice is intended to induce or coerce a violation of the implied consent laws.

The careful attorney will simply advise the person of the potential consequences of taking the test or refusing the test. The choice is one that is personal in nature. Minnesota courts even recognize that the choice is a difficult one to make. However,  an attorney giving objective advice to his client that allows the client to make an informed choice does not run afoul of Minnesota’s aiding and abetting law.