A BAC of .08 is not always required to be charged with a crime 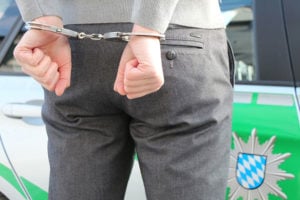 Minnesota, like much of the rest of the country, has set its maximum blood alcohol concentration (BAC) at .08 for a DWI. Because it is illegal to operate a motor vehicle if any amount of alcohol has impaired the driver’s abilities regardless of said driver’s BAC, in some cases, drivers may still be charged with drunk driving even if their BAC is under the legal limit.

There are several situations where this may occur.

Minnesota has a zero tolerance for drunk drivers under the age of 21 who have any level of alcohol above .00 in their systems. This applies to both underage drivers who are stopped for drinking and driving as well as those who have any presence of alcohol in their systems. Individuals caught risk not only getting a DWI charge but may also receive lesser penalties, driver’s license revocations, or other type of misdemeanor charges. Additionally, this can affect future eligibility for another driver’s license, a learner’s permit, or a provisional license.

In Minnesota, it is against the law to have an open bottle or can of alcohol in any vehicle that is being driven on any of Minnesota’s roadways even if the drink is not being consumed at the time. However, if the open bottle is in an area where there are no passengers—such as the trunk—then there is no violation. Of course, some exceptions—such as limousines, buses, motorboats, and pedal pubs are exempt from this regulation.

The minimum BAC level for those driving commercial vehicles is .04. Drivers who are caught with a higher BAC may have their driver’s licenses revoked. However, if their BAC is below .08, they may still drive their personal vehicles. Commercial drivers who have been caught for a second time with a BAC over .04 may face revocation of commercial driving privileges for a year.

As is the case with commercial vehicles, the threshold BAC level for pilots is also .04. Violation of this will result in a gross misdemeanor charge. Further, it is illegal to operate an aircraft within eight hours of the consumption of alcohol. Even if the pilot’s BAC is less than .04, this can still result in DWI charges.

School bus drivers are also included under the aforementioned zero-tolerance policy. A school bus driver operating a bus with any amount of alcohol in his/her system can be charged with DWI and face cancellation of his/her school bus driving endorsement. However, if the person didn’t register a BAC above .08, s/he can still drive his/her personal vehicle.

A note on drugged driving

Driving under the influence of drugs is a growing national health and safety problem. Because of the wide varieties of drugs and the lack of any standardized testing as is available for drunk drivers, if a driver is found to be under the influence of controlled or otherwise hazardous substances, authorities need not show a BAC above .08. The growing incidence of drugged driving has resulted in increased awareness by law enforcement as to how to properly identify drugged drivers through additional training and awareness.