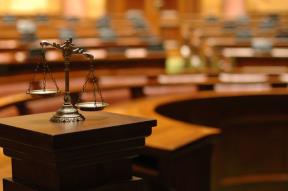 Recently, in Jensen v. State Commissioner of Public Safety, the Minnesota Court of Appeals was tasked with answering the question of whether the district court erred by denying the petitioner’s petition to reinstate her driver’s license in light of the fact that the deputy who arrested her failed to warn her that test refusal is a crime.

Pursuant to Minnesota Statutes Section 171.177, Subd. 5, the commissioner of public safety may not revoke a DWI suspect’s driver’s license based on blood alcohol concentration (BAC) testing without a hearing unless the officer provides the driver the required refusal-is-a-crime warning. In this case, a county sergeant obtained a search warrant for Pauline Jensen’s blood after she struck and injured a child with her vehicle and failed field sobriety tests. The sergeant, however, failed to administer the warning.

The subsequent blood test revealed Jensen’s BAC to exceed the statutory limit of .08, and, as a result, the commissioner of public safety revoked her driver’s license. Jensen petitioned for judicial review on the basis that the arresting sergeant failed to administer to her the statutory warning that test refusal is a crime.

Facts of the case

Responding to a call that a child had been hit by a car at a gas station, the deputy sergeant arrived to find a teenage boy being treated by emergency responders. A witness told the sergeant that Jensen had struck the boy with her car and then left the scene. The sergeant later located Jensen’s vehicle at a local bar and found her inside.

Jensen’s eyes were watery and bloodshot, she smelled of alcohol, and she was unstable. He arrested Jensen and transported her to the station where she failed field sobriety tests and was given a preliminary breathalyzer. The preliminary breath test registered Jensen’s BAC as .17—more than double the legal limit. He then obtained a search warrant for Jensen’s blood which, subsequently, proved that Jensen was, in fact, driving while intoxicated when she struck the boy.

The commissioner revoked Jensen’s license based on the tests; however, Jensen appealed citing that her license should be reinstated given that the arresting officer failed to administer the requisite warning that test refusal was a crime. She also argued that the sergeant failed to give her the opportunity to speak with an attorney prior to the test.

The district court denied the petition holding that the sergeant’s failure to give her the warning was irrelevant given that there was probable cause—enough probable cause to secure a warrant—to believe that Jensen committed DWI and criminal vehicular operation causing bodily harm. The case went to the appellate court.

The court of appeals held that even if Jensen refused to submit to the test, the sergeant could have had her blood tested anyway since he had obtained a search warrant; however, this does not eliminate his duty to provide the warning at the time a test is directed. Further, even though the commissioner of public safety may revoke a driver’s license using alternate procedures, the law still requires the officer to administer the refusal-is-a-crime warnings.

Jensen also argued that the sergeant should have given her a chance to consult with an attorney before submitting to the blood test; however, the Minnesota Supreme Court recently held that a motorist arrested for DWI has no right to consult with a lawyer before deciding whether or not to submit to a test authorized by a search warrant.