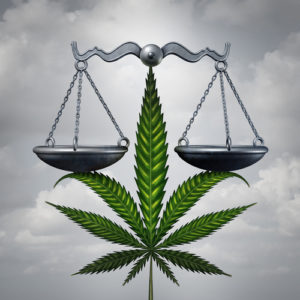 Back in 2015, California lawmakers introduced Assembly Bill 1356 to enable law enforcement officers to use new technology to identify drugged drivers. Under California’s implied consent law, anyone with a driver’s license has given their consent to chemical testing of their blood and/or oral fluids.

With respect to oral fluid testing, a new device was developed that can detect drugs in a suspected impaired driver’s system by using a swab of saliva.

Developed by Alere, the DDS 2 Mobile Test System is reported to be 90 percent accurate in screening saliva samples and ascertaining in minutes whether the driver has taken marijuana, methamphetamines, amphetamines, cocaine, benzodiazepines, methadone, and/or opiates. This battery-operated, lightweight, easy-to-use, portable unit can provide results in as few as five minutes, thus making it perfect for roadside drug screening.

The DDS 2 was designed to meet the high demands of law enforcement agencies, workplaces, and drug treatment facilities, and it provides reliable results on site, thus eliminating the potential for misinterpretation of data. Further, the oral swab samples are far less intrusive than urine or blood testing, there are no constitutional concerns, and the observed collection process essentially removes tampering and potential sample adulteration. Additionally, the device can retain 10,000 test results which can later be printed. Alere also offers optional software that provides additional greater data management capabilities.

This portable tester is, simply, another tool police officers can add to their arsenal to identify suspected impaired drivers while providing an objective method for justifying arrests. Whereas the breathalyzer revolutionized drunk-driving identification, the DDS 2 has the potential to similarly identify and reduce the number of drugged drivers on the road.

Skeptics—including DWI defense attorneys—argue that the actual evidentiary value of these readings are not definitive enough to determine one’s blood level of drug intoxication. However, the fact remains that the science behind the technology is quite strong, not to mention that the tool is only for screening purposes so officers can better assess motorists who they have pulled over.

Another potential problem is that these oral swabs measure past use and potentially not actual impairment. Thus, a valid medical marijuana user could test positive without actually being impaired at the time. Nonetheless, skeptics assert that oral swab testing could be valuable as long as results don’t constitute legal evidence of impairment, just proof of recent use and possible current impairment worthy of additional testing.

This technology is not setting drug intoxication limits—only attempting to determine whether a motorist may be under the influence of a drug. However, many worry that this type of new technology might allow police officers too much discretion. According to the Marijuana Policy Project’s Communications Director Mason Tvert, unlike breathalyzers, the DDS 2 doesn’t provide a specific number to determine whether a person is impaired. Thus, there is the potential that perfectly sober people might be wrongly arrested and charged. California National Organization for the Reform of Marijuana Laws (Cal NORML) Director Dale Gieringer worries that the California bill would make police officers more likely to randomly administer oral swabs at roadblocks or for minor offenses without having reasonable cause to believe the driver was under the influence.

California’s impending legislation and the increased use of the DDS 2 technology represents simply another tool police officers can use to help curb the incidence of impaired drivers, thus improving roadway safety. It will be interesting to see whether this legislation reaches fruition and whether other states adopt the use of said technology in their fight against impaired driving.