Drug Crimes and Penalties in Minnesota 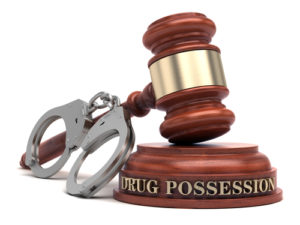 Drug possession is a serious crime, especially in Minnesota. Simply having drugs in your control—whether or not they are in your system—is enough to trigger grave and life-changing charges.

Minnesota Statutes, Chapter 152 deals with all drug-related statutes. While there are several classes of offenses such as manufacture, conspiracy, and prescription misuse, the two most common charges are possession/possession for sale and sale, and these topics are what will be covered here.

Under state law, drug possession offenses are classified based on the type of drug and amount in possession; however, it is important to realize that possession and sale are felonies that just vary in degree.

First-degree possession is the most serious charge and. The minimum amount of drug to fall within this purview is 50 kilograms of marijuana or 500 marijuana plants; 50 grams of cocaine, methamphetamine, amphetamines, hallucinogens, or “other” narcotics; and 25 grams of heroin. First-degree possession carries with it up to 30 years in prison and fines of up to $1 million.

Third-degree possession carries penalties of up to 20 years in prison and fines of up to $250,000. Minimum qualifying amounts of each drug include ten kilograms of marijuana; 50 doses of narcotics in pill form; ten grams of “other” narcotics; three grams of heroin; or five doses of a Schedule I or II drug in a school, park, or public housing zone or drug treatment center.

Fourth-degree possession applies to possessing ten or more doses of a hallucinogen or any amount of a Schedule I, II, or III controlled substance (excluding marijuana) with the intent to sell. This offense carries with it up to 15 years in prison and fines of up to $100,000.

Finally, all other possession cases that don’t fit the aforementioned criteria constitutes fifth-degree possession. Generally, possession of any amount of Schedule I, II, III, or IV drugs (excluding 42.5 grams or fewer of marijuana) satisfy the elements of this crime. Additionally, if the defendant procures, attempts to procure, controls, or possesses a controlled substance via fraud, misrepresentation, subterfuge, or deceit; uses a false name and/or falsely represents to be a licensed healthcare professional for purposes of obtaining a controlled substance, then this also satisfies the elements of fifth-degree possession. Potential criminal sanctions include up to five years in prison and up to $10,000 in fines.

First-degree sale of drugs requires a minimum of 17 grams of cocaine or methamphetamine, ten grams of heroin, 50 grams of “other” narcotics, 200 doses of hallucinogens, or 25 kilograms of marijuana.

Second-degree sale requires a minimum of ten grams of any narcotic drug excluding heroin, three grams of heroin, 50 doses of a hallucinogen, ten kilograms of marijuana, or the sale of a Schedule I or II drug to a person under age 18 or within a school, park, or public housing zone or drug treatment center.

Third-degree sale requires a minimum of ten doses of a hallucinogen, five kilograms or marijuana, any amount of a narcotic, sale of any Schedule I or II drug to a person under 18 years of age, or employing anyone under age 18 to sell any amount of heroin or cocaine.

Fourth-degree sale involves the sale of any Schedule I, II, or III drug (excluding marijuana) in a school, park, or public housing zone or to anyone under the age of 18 years.

Finally, fifth-degree sale includes the sale of any amount of marijuana.

The penalties for these offenses are the same as each degree of possession.

Certain aggravating factors exist which have the potential to increase criminal penalties. As is the case with many offenses, a prior conviction will increase the sanctions. Additionally, the use of a firearm—displaying, brandishing, threatening with, or otherwise using—during the commission of any of these crimes also triggers penalty enhancements.