Getting Drunk without Drinking? 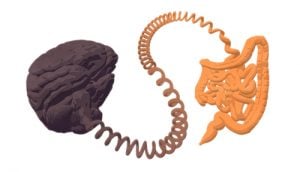 Recently, a 46-year-old North Carolina man who was inexplicably getting drunk without actually drinking alcohol—and was facing a DWI charge—discovered that he suffered from a rare condition: auto-brewery syndrome (ABS).

Also known as gut fermentation syndrome and endogenous ethanol fermentation, this condition makes the individual drunk without drinking a drop of alcohol. It occurs when one’s body turns starchy and sugary foods—carbohydrates—into alcohol. In other words, people with this syndrome have a gut that actually produces ethanol which manifests in overt signs of drunkenness. These individuals may, in fact, smell like alcohol, be too tired to participate in daily functions, lose their jobs, and skip meals to remain “sober.”     They are, essentially, brewing beer in their gut.

ABS can be very difficult to diagnose since it mimics other conditions. In the aforementioned case, the man’s condition began in response to having been prescribed a round of antibiotics—something far too common. Once he was put on powerful anti-fungal medications to rid his body of the fermenting yeasts, he has remained fungus-free since.

Gut fermentation syndrome was first identified in 1912 and was studied in the 1930s and 1940s. In the 1970s, several cases came under investigation in Japan, but it wasn’t until the 1980s that the condition was identified in the US.

It hasn’t really attracted much attention, especially with respect to DWI investigations, until recently. ABS is an under-diagnosed condition that begs that anyone who has denied alcohol ingestion but who has elevated blood alcohol concentration (BAC) levels should be checked for ABS.

The North Carolina man’s battle began with depression and brain fog after eating. He was arrested in 2014 for DWI when his BAC registered 0.2%–much higher than the 0.08% threshold for legal drunkenness. Of course, nobody believed him until he met with researchers who found brewer’s yeast in his stool and watched as his BAC rose after eating carbohydrates. He was diagnosed with ABS and given anti-fungal medication.

The drugs were not enough, and after a drunken fall led to bleeding in his brain did researchers discover there were multiple strains of yeast in his system. He was given stronger intravenous medications including probiotics to maintain healthy gut flora while destroying the yeasts and was put on a no-carb diet. Only then did he become symptom-free.

Symptoms of ABS include:

Both children and adults can have ABS. While one is not usually born with the syndrome, s/he may be predisposed to it due to another condition such as Crohn’s disease inflammatory bowel disease, liver problems, diabetes, environmental toxins, poor nutrition, antibiotics, and a low immune system.

ABS is treatable. From reducing carbohydrate ingestion to treating an underlying condition to taking anti-fungal medication to using probiotics, there are several treatment options.

The first step is to not ingest simple carbohydrates. Among the most high-carb foods are:

Substituting high-fiber complex carbohydrates for simple ones is also recommended. Complex carbs include:

Thus, people who are facing DWI charges without having consumed any alcohol may want to get checked out for ABS.