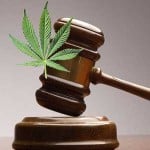 Following intense debate, back in 2016, the Minnesota legislature unanimously approved a bill that overhauled state drug laws in order to help addicts seek treatment and target “kingpin” dealers. At the heart of the discussion was the fact that lawmakers believed that the Minnesota Sentencing Guidelines Commission’s recommendations went too far.

The new laws establish five degrees of controlled substance crimes with—like most other crime classes—first-degree being the most serious and based on the type and quantity of drug, whether it involved possession or sale, and the offender’s prior criminal history.

Thus, the first step taken by the legislature was to increase minimum quantity thresholds for first- through third-degree offenses that involve methamphetamine and cocaine. Lawmakers also decreased the minimum quantity threshold for first- and second-degree marijuana offenses. Additionally, the legislature created a fifth-degree possession offense for those offenders with prior drug-related convictions, thereby making possession of ANY schedule I through IV drug a felony.

The Minnesota Sentencing Commission issued a comprehensive report detailing all of the minimum threshold amounts under the new laws.

Further, lawmakers created new aggravating factors which serve to reduce the minimum quantity thresholds for certain offenses. Among the ten aggravating factors include prior conviction for a violent crime; the offense was committed as part of a gang; the offense involved interstate or intercountry transfer of a controlled substance into the state; the offense involved the sale of a controlled substance to a minor; the defendant used his/her position or status to facilitate commission of the crime; and the offense occurred in or near a school, park, correctional facility, or drug treatment facility.

Here is a valuable legal resource that details the specifics of these factors in determining whether mandatory minimum sentences will be applied.

A stay of adjudication for a felony occurs when an offender pleads guilty but the conviction is not entered onto his/her criminal record as long as s/he successfully completes probation, treatment, or any other provision handed down by the judge. Upon successful completion, the charges are dismissed. However, the arrest remains on record.

One of the largest changes in Minnesota drug laws is the expanded eligibility for stays of adjudication. Whereas previously, only first-time offenders convicted of fifth-degree possession were eligible, under the new law, third- through fifth-degree possession offenses may be considered provided the defendant does not have any prior diversion adjudication or felony drug conviction with the previous ten years. Further, in some cases, a statutory stay of adjudication is mandatory.

All of these changes—increased quantity thresholds, stricter mandatory minimum sentences, and expanded eligibility for statutory stays of adjudication all seek to target drug kingpins over addicts to keep serious offenders off the streets longer while ensuring that fewer addicts are sent to jail or prison.