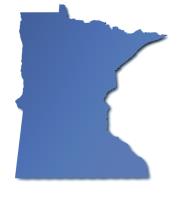 PinThe Minnesota Court of Appeals recently struck down an attempt by one driver to withdraw a guilty plea related to a previous drunk driving charge. The Court said that while a recent U.S. Supreme Court decision declared it unconstitutional for police officers to take blood samples from suspected drunk drivers without a warrant, that did not mean that those previously convicted, even those convicted thanks to the use of warrantless searches, were entitled to reconsideration.

This particular challenge has been brewing for some time, essentially since the Supreme Court announced its 2013 decision in Missouri v. McNeely. In that case, the Supreme Court held that officers could not force suspects to undergo blood testing to determine intoxication without either a warrant or a valid exception to the warrant requirement, such as an emergency. Law enforcement authorities argued that such warrantless tests ought to be allowed because of the possibility that a driver could sober up in the time that it takes to procure a warrant. However, the Court was not convinced and issued a landmark ruling that changed the way police departments across the country operated.

The problem is that in Minnesota, there were many drivers who had already been arrested, charged and even convicted based on the now unconstitutional actions of police officers. One such driver, Shawn O’Connell, had been pulled over and was told by the arresting officer that the state’s implied consent law presumed that permission to submit to such a chemical test had already been granted. As a result of the explanation that the blood sample would be taken, regardless of the existence of a warrant, O’Connell says he agreed to submit to the test, ultimately pleading guilty to DWI.

Once the Supreme Court weighed in on the matter, O’Connell and his attorney decided to revisit his plea, asking a lower court to allow him to withdraw his initial guilty plea. The lower court denied his petition and, just this week, the Minnesota Court of Appeals issued a decision upholding that denial. The Court of Appeals decided that the decision by the U.S. Supreme Court creates a new rule of law. As a result, the Court wrote that the new law does not apply to previously settled cases.

The Court held that the decision resulted in the creation of a new procedural requirement that law enforcement must follow. Specifically, the ruling created new burdens that police must satisfy when it comes time to collect evidence that can be used against a suspected drunk driver. Because the issue is a procedural one, the Court felt like it did no go to the heart of the accuracy of the determination of guilt. As a result, previous DWI convictions will stand, regardless of whether warrants were obtained.