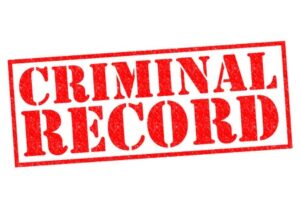 The new Minnesota law on criminal expungement has taken effect as of January 1, 2015. Known as the Second Chance Expungement Bill, the law gives the court the power to expunge more criminal records, including a number of convictions. It also enables the judge to order certain government agencies to expunge their records. The Second Chance Expungement Bill was signed by Governor Market Dayton last May 2014.

Although previous state law allowed judges to expunge criminal records for certain offenses and offenders, judges were limited to only wiping out court records and not those of state agencies, such as the Minnesota Department of Human Services. Background checks, therefore, would still show these offenses.

Under the new law, individuals whose employment opportunities and housing options were hindered by past criminal convictions will be given much needed relief and will finally enjoy an increase in odds of joining the workforce. This law is significant for those reformed individuals who may have merely made mistakes and bad choices in their youth, but who are still made to deal with the consequences in terms of employment and housing years after being convicted.

A provision under the new bill requires business screening services to delete records if they are knowledgeable that a criminal record is the subject of a pardon, or if it has been expunged or sealed.

How long an individual has to wait to have his or her records expunged depends entirely on the type of offense committed and the severity of the conviction. The level of the offense determines the amount of time needed to prove that he or she was law-abiding.

Individuals who may benefit from the new expungement law in Minnesota are those who meet any of these requirements:

The Second Chance Expungement Bill, according to Dayton, provides individuals an opportunity to put their pasts behind them and lead better lives. After all, it is difficult for people to turn their lives around and become law-abiding citizens if they cannot find a place to live or a decent job.

According to studies, almost one in five Minnesota residents have a criminal record or arrest. Thankfully, the new expungement law has made it much easier for individuals with a criminal conviction to start with a clean slate.