Reliability of the DWI Alphabet Test 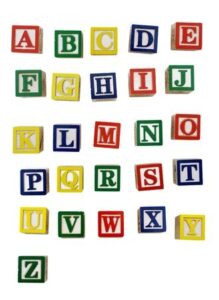 PinEvery year, thousands of drivers across the United States are charged with impaired driving. Many of these arrests and charges are partly based on the driver’s inability to perform field sobriety tests.

As discussed in earlier posts, field sobriety tests are administered by a police officer after a traffic stop if he or she determines they have reasonable suspicion to believe the driver may be in violation of the state’s DWI law . The purpose of these tests is for the officer to establish probable cause in order to place a driver under the arrest for DWI.  This is required prior to the officer transporting the individual to the respective police station for further chemical testing.

It is widely known that the HGN Field Sobriety Test, the One-Leg Test, and the Walk-and-Turn Test are the three types of tests commonly used by law enforcement officers to recognize suspected drunk drivers. Many stories have been told, however, of police officers that ask drivers suspected of driving under the influence to recite the alphabet in order to prove their sobriety. Is this true? Is it even legal?

Strangely enough, the answer to both questions is yes. Although it is a non-standardized field sobriety test and not endorsed by the National Highway Traffic Safety Administration, it does not mean that law enforcement is barred from using this type of field sobriety test.

Reciting the alphabet may seem like a simple enough task. After all, everyone knows the alphabet, right? What many are unaware of is that the test seems designed to fail.  I have even heard numerous stories from clients over the years of police officers having them recite the alphabet backwards.  For fun, try doing that completely sober some time.

Since the test is not standardized, there are no set guidelines for how an officer can administer it. This basically means that the instructions for this test may vary from one police officer to another.

During this field sobriety test, the officer is taking note of various indicators of impairment. These include slurring, failing to say a letter, reciting the alphabet in the incorrect order, repeating a letter, failing to recite the alphabet without singing, failing to complete the test, failing to maintain your balance, and swaying or using your arms to help maintain balance. If you fail to follow the given instructions exactly, you may also be arrested and charged with DWI.

The reliability of reciting the alphabet as a field sobriety test has been criticized—along with other non-standardized tests such as the Finger-to-Nose Test and the Counting Backwards Test. This kind of testing, according to critics, is inaccurate, unreliable, and designed to fail, and cannot accurately distinguish between drivers who are sober and intoxicated.

Field sobriety tests are optional, but it may not be too late if you have already submitted to a field sobriety test at the time of your DWI arrest. With the right legal representation, you may be able to successfully challenge your FST results. A knowledgeable DWI attorney can determine the best and most effective defense strategy for your case.