Rights to a DWI Independent Chemical Test in MN 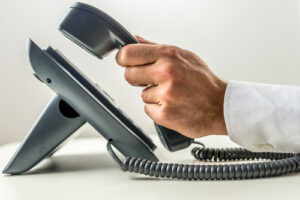 What Are Your Rights To An Independent Chemical Test in Minnesota?

Minnesota’s courts place limitations on how an independent test can be taken and where the independent test may be taken. Police cannot interfere with the administration of the independent blood test, but they do not need to help either. Seeking an independent opinion about your blood alcohol concentration (BAC) level may give you evidence to contest the government’s claims that your BAC was over the legal limit.

The person charged with DWI can ask a court to throw out the evidence obtained from the police sample if they hampered the person’s ability to obtain an independent sample. Minnesota’s courts draw a distinction between an officer who actively prevents a person from obtaining an independent sample and a police officer who simply fails to assist the person.  Minnesota’s courts have said that the police must provide access to a telephone. Courts put a very fine point on what access to a telephone means. Under Minnesota law, the police officer cannot refuse the arrested individual, while in-custody, the opportunity to make a call to arrange a second independent test, if requested.

Furthermore, the police have no duty to inform an individual about the possible consequences of taking an independent test. Minnesota courts place an affirmative duty on attorneys to give legal advice. Courts have refused to burden the police with that requirement. Attorneys are in a better position to explain the benefits and possible pitfalls to taking an independent test.

Do not rely on the police to help you figure out if you should take an independent chemical test. The police may treat you fairly, but they are under no obligation to help you. An experienced, accomplished, and successful DWI attorney can properly advise you about all of your legal rights and options.