What Makes a DWI a Felony in Minnesota? 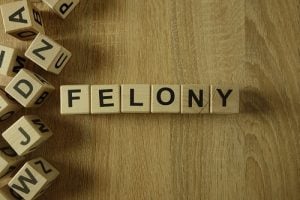 A DWI is serious whether it is a misdemeanor or felony. Even though the majority of DWIs in Minnesota are regarded as misdemeanors or gross misdemeanors, there is also a felony classification. Felony DWI laws passed the state legislature in August 2002.

A felony is any crime that carries a period of incarceration for more than one year. A person is guilty of a first-degree DWI If the current offense occurred within ten years of three or more prior impaired driving incidents or if s/he has previously been convicted of a felony DWI. Thus, most felony DWIs are committed by repeat offenders.

As would be expected, felony DWI carries some hefty sanctions to include lengthy jail time, loss of driver’s license, steep fines, and car seizure.

In Minnesota, DWIs are classified based on aggravating factors—factors that contribute to the offense. As mentioned, while most Minnesota DWIs are classified as misdemeanors or gross misdemeanors and are punishable by up to one year in prison and up to $4,000 in fines, the state does have a felony classification that applies when three aggravating factors are present.

Thus, the more aggravating factors, the steeper the penalty with multiple prior DWIs being the primary factor. Interestingly, however, a high BAC and child endangerment do NOT fall into the category of aggravating factors for a felony DWI. While these factors will, in fact, affect misdemeanor or gross misdemeanor DWI charges, the only stipulations an offender must meet to receive a felony DWI are previous, qualified drunk-driving incidents and/or prior felony DWI convictions.

Felony DWI is charged as a first-degree DWI, carrying steep penalties including up to seven years in prison, fines as much as $14,000, and parole or probation. Most first-time felony DWI offenders receive a stayed prison sentence of a minimum of 36 months, will likely serve six months in the county jail or under house arrest, and will be ordered to serve up to seven years on probation

Further, once an offender is released from prison, s/he is required to serve five years of parole with whatever conditions the judge decides to impose such as mandatory completion of a repeat DWI offender alcohol program, alcohol monitoring, counseling, or any other condition s/he sees fit. Failure to adhere to the rules of the supervised release will result in the revocation of parole and the offender’s return to prison to serve the rest of his/her sentence.

A defendant who received a prison sentence for DWI is not eligible for early release until the person has successfully completed a chemical dependency treatment program while incarcerated.

All DWIs are serious; however, given the rise in multiple DWI offenders in Minnesota and across the US, states have enacted legislation allowing for repeat offenders to be charged with felony DWI, thus hopefully serving as a stronger deterrent than existing DWI laws